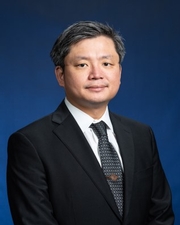 Dr. Chang spent six years in the New Taipei City Fire Department in Taiwan as a Fire Battalion Captain. He was in charge of developing emergency operation plans for a 13-km tunnel and organizing an urban search and rescue team. He also contributed to the 2005 Taiwan National Firefighter’s Handbook. Dr. Chang earned his Ph.D. from University of Delaware in Disaster Science and Management and his master’s degree from Arizona State University in Fire Service Administration. His research interests are in disaster response and fire service administration-related topics. His goal is to develop the theoretical foundation and integrate his working experience in both Taiwanese and American fire departments for the Incident Command System (ICS) in order to strengthen its practical applications.  By combining his educational training with his practical background, Dr. Chang hopes to bridge the gap between academics and practitioners, and believes his Asian heritage and cross-cultural training will benefit disaster management systems in the United States and around the world. Dr. Chang and his wife, Elvena Fong, are excited to be part of the Embry-Riddle Family. In his spare time, Dr. Chang plays Go, which is a classic Asian chess game. He is currently ranked as a 7d, which is the highest level for amateur Go players in the American Go Association. In addition to Go, he also practices Judo and likes to jog.