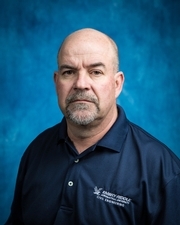 Scott Steman received his bachelor's degree in civil engineering from the United States Air Force Academy in 1983. In 1989, he received his master’s from Florida State University in Urban and Regional Planning with an emphasis on transportation planning and traffic modeling.

Between 1983 and 2003 he served as a civil engineer in the United States Air Force and travelled the globe supporting the Air Force mission. He was stationed in Saudi Arabia during the first gulf war where he was a construction project manager on Operation Peace Shield, a multi-billion dollar upgrade to the command, control, and communication network for the Royal Saudi Air Force. He also served as the Engineering and Operations Commander for the 820th REDHORSE Squadron at Nellis AFB, Nv.

Professor Steman is the advisor to the Embry Riddle Surf Club.