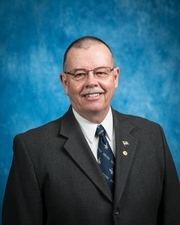 Known by all as “Mr. Bill”, Professor Kohlruss began his adventure with aviation in 1978 obtaining his Private Pilot Certificate in Northeast Ohio. This was preceded by another adventure which was a four year enlistment in the United States Navy where Machinist Mate Petty Officer Kohlruss crewed aboard the U.S.S Nitro (AE-23) that included a tour of duty in Vietnam (72-73).

Some 3,000 plus hours of flight instruction teaching in all levels of pilot training, acquiring an Airline Transport Certificate with a Type Rating in a Boeing 737, Professor Kohlruss transitioned to the Aeronautical Science Department at ERAU. This change was made possible by Professor Kohlruss completing his Masters of Science Degree and included obtaining his FAA Aircraft Dispatcher Certificate.

Since that transition, he has taught no less than eight Aeronautical Science Courses, involved himself in the development of academic courses, managed the program assessment process, and coauthored a textbook, while educating thousands of future aviators.

Additional commitments to the world of professional aviation education include, twenty years of work with the Aviation Accreditation Board International (AABI), serving on and chairing many accreditation team visits, participating on committees and working groups, authoring AABI Manuals, and leading the accreditation status of many programs at ERAU. For twelve years Professor Kohlruss was the Editor of the Journal on Aviation, Aerospace Education and Research. This coordinated well with Professor Kohlruss’ participating on the publication committee of the University Aviation Association (UAA). For twenty years “Mr. Bill” was the Faculty Advisor for the Alpha Tau Chapter of Theta Phi Alpha at ERAU that garnished him the “Outstanding Chapter Advisor Award” five times. Other awards include the “Paul Whelan Educator Award (AABI), Unsung Eagle Award [twice] (ERAU), and Pioneer in Aviation Award (ERAU), within his Thirty Five Years (and counting) of employment with ERAU.

AS 240 Principles of Navigation

AS 260 Principles of All Weather Navigation

AS 356 Aircraft Systems and Components

Professor Kohlruss is the former Editor of the Journal on Aviation and Aerospace Education and Research (1998-2012) (See JAAER Link below).