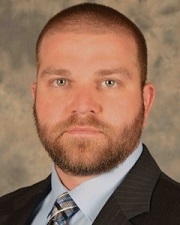 Mr. Galante began his law enforcement career in Daytona Beach, Florida where he became a sworn law enforcement officer with the Daytona Beach Police Department (DBPD). It was Mr. Galante’s quality of work, effectiveness of communication, problem-solving abilities, and confidence under pressure that was recognized by his supervisors and achieved him a transfer from the patrol division to the Marine Unit. There, he worked independently across multiple agencies in several cities. Mr. Galante’s unique talents also earned him the assignment of Lead Trainer on the SWAT team where he not only taught others but also was directly involved with the planning and executing of high risk warrants, hostage rescue, and retrieving barricaded subjects.

Mr. Galante acted as the police department’s lead instructor in the Training Division for all high liability areas including firearms, high-risk entry, emergency vehicle operations, and defensive tactics. He also was the department’s Use of Force Expert and was relied upon heavily by Internal Affairs for use of force investigations. Mr. Galante became the sUAS Division Director for the Daytona Beach Police Department (DBPD) in 2012 where he was responsible for the development and implementation of sUAS standard operating procedures that are in compliance with FAA standards and regulations. In 2013 Mr. Galante helped design, develop, implement and evaluate the sUAS training program for law enforcement in conjunction with Embry Riddle Aeronautical University. Mr. Galante is currently working as a Reserve Officer for the Daytona Beach Police Department's Unmanned Aircraft System Aviation Unit as the Aviation Safety Officer.  From 2014-2016 Mr. Galante was the Director of Training Services for the Unmanned Safety Institute, which delivers training programs and consultation nationwide for all sUAS platforms. Currently, he is continuously developing and implementing up-to-date training programs for new sUAS operators and observers nationwide as a full-time faculty member with Embry Riddle Aeronautical University for their UAS program.