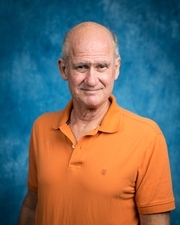 Vuille is interested in general relativity, astrophysics, cosmology, fundamental physics, mathematical physics, and physics education. He has studied the dynamics of domain walls in the early universe, the equation of state of neutron stars, exact static and cosmological solutions to Einstein’s equations, and gravitational collapse. In addition, he has derived a generalization of Schrodinger’s equation to general relativity, and has discovered an extension to Einstein’s theory in an attempt to unify gravity, electromagnetism, and a quantum scalar field. His dissertation of 1989 is available on Amazon: Dynamics of Thin Walls in Regions with Stress Energy.

In the field of physics education he has been active as the responsible author of the highly successful textbook College Physics, Serway and Vuille, editions 7-11, published in several languages including Chinese. He is the creator of Physics Bootcamp at ERAU. He occasionally publishes articles for the popular press, and writes science fiction (e.g. Empires of Light trilogy) and adventure stories (e.g. Einstein’s Daughter: the Story of Lieserl), as well as self-help books such as Entering Light and My Kidney Transplant and Open Heart Surgeries, and Other Excellent Medical Adventures, all available on Amazon.

His personal interests include yoga, mindfulness meditation, swimming, karate, tennis, chess, and classical piano. He has invented a backwards compatible extension to chess called X-Chess and is pursuing its development. He is married to Dianne Kowing, O.D., retired chief of optometry at the local VA clinic, with whom he has three children.