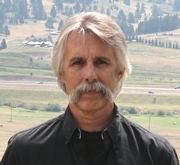 Dr. Clint R. Balog lives near Bozeman, Montana and has been an aviation professional and pilot for over 43 years. His call sign is 'Clutch'.

Academically, Dr. Balog earned undergraduate degrees in Avionics Engineering and Aeronautical Science from ERAU in Daytona Beach. At the graduate level he earned a Master of Aeronautical Science degree with a specialization in Aviation/Aerospace Operations from ERAU. He also earned a Ph.D. in Psychology, with specializations in Cognitive Neuropsychology, Human Factors, and Human Performance from Capella University. He conducts research and is published in those fields, among others.

Professionally, Dr. Balog has a background as an engineering test pilot, a corporate pilot, a HEMS pilot, a flight test engineer, a human factors professional, a senior leader, and as a university professor. He is also former Marine Corps and former Air Force. For Douglas Aircraft Dr. Balog was a lead flight test engineer on the commercial programs, and for Northrop Grumman he was a lead flight test engineer on the YF-23A Advanced Tactical Fighter and a Chief Flight Test Engineer on the B-2A Advanced Technology Bomber. He was an instructor pilot, project test pilot, and a project manager for CAE SimuFlite, developing and training in advanced flight simulators, both fixed-wing and rotary-wing.  Dr. Balog led the development of the first FAA Level-D certified civilian helicopter simulator.  Later he was the Director of Flight Operations and Training & Chief Pilot for MD Helicopters. Dr. Balog was the senior manager of production flight test for Hawker Beechcraft on the Hawker 4000 super midsized program. Now, he is a full-time professor of aeronautical sciences and human factors and the former, and first, Chair of the Master of Science in Human Factors degree program for the College of Aeronautics of the Worldwide Campus of ERAU, leading its development.  Dr. Balog continues as an active corporate pilot and researcher. He founded and operates his own consulting business working in the fields of flight operations and human factors and human performance, focused on operational procedures and regulatory compliance, cockpit design and integration, and engineering test and evaluation. Outside of aviation Dr. Balog consulted in the field of nuclear power plant outage project management.

Dr. Balog holds a U.S. FAA ATP license with AMEL, AMES, ASEL, ASES, and Rotorcraft-Helicopter ratings, all at the ATP level, as well as numerous aircraft type ratings. He has over 10,000 hours of total flight time, distributed approximately 60/40 between fixed-wing and rotary-wing aircraft, in engineering flight test, corporate, and HEMS operations. That time has been spent predominantly flying the Cessna Citation line, the Gulfstream GV/G550, The Dassault Falcon three engine series, the MD Helicopters line, and the Sikorsky S-76 series.

Personally, Dr. Balog has many outside interests. He rescues, adopts, and rehabilitates giant breed dogs, and always has multiple dogs in his family collectively weighing hundreds of pounds.  He is an amateur wildlife naturalist, spending extended periods of time in the back country of Yellowstone, Glacier, Denali, and Katmai National Parks tracking, studying, and photographing grizzlies, wolves, and bison.  He is also a avid wilderness hiker and mountain climber, a mountain biker, a horseman, and motorcyclist.  Dr. Balog is a student of the U.S. Constitution, the Founding Fathers, the Expedition of Discovery and the early exploration of the United States West, and of Lakota history and culture.

Dr. Balog holds a U.S. FAA Airline Transport Pilot license with AMEL, AMES, ASEL, ASES and Rotorcraft-Helicopter ratings, all at the ATP level, as well as numerous aircraft type ratings. He has more than 10,000 hours of flight time, distributed approximately 60/40 between fixed-wing and rotary-wing aircraft, in engineering flight test, corporate, and HEMS operations. That time has been spent predominantly flying the Cessna Citation line, the Gulfstream GV/G550, the Dassault Falcon three engine series, the MD Helicopters line, and the Sikorsky S-76 series.
This website uses cookies and similar tools and technologies to understand visitors’ experiences. By continuing to use this website, you consent to Embry-Riddle Aeronautical University’s use of cookies and similar technologies, in accordance with the Embry-Riddle Privacy Statement.