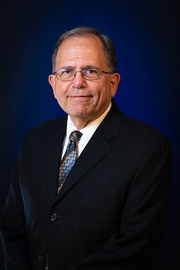 Dale Avery earned master’s in economics in 1983 and was all-but-dissertation for a Ph.D. in natural resource economics from the University of Michigan.  As a graduate student, he worked for the World Bank in Tanzania, for the Asian Development Bank in the Philippines, and as an intern at the East-West Center in Honolulu.  He later earned a master’s in systematic theology from the Notre Dame Graduate School at Christendom College.

Mr. Avery retired from the CIA after a 30-year career as an analyst, manager of analysts, and educator. For the last 12 years of his career, he was a member of the Senior Intelligence Service. He served on policy rotations in a U.S. Embassy and at the White House as a Director for the National Security Council. Mr. Avery headed the CIA program for training new analysts and later returned to the CIA Sherman Kent School for Intelligence Analysis as Associate Dean.  He wrapped up his intelligence career with back-to-back rotations in the Office of the Director of National Intelligence as Director Clapper’s evaluator of analytic quality across the U.S.I.C. and then as the National Intelligence Officer for the Western Hemisphere.

Analyst and Analytic Manager, Central Intelligence Agency, 1984-2014
This website uses cookies and similar tools and technologies to understand visitors’ experiences. By continuing to use this website, you consent to Embry-Riddle Aeronautical University’s use of cookies and similar technologies, in accordance with the Embry-Riddle Privacy Statement.