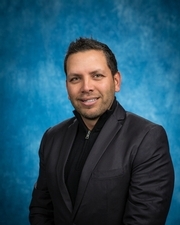 Dr. Divo has developed and taught over 25 undergraduate and 5 graduate engineering courses ranging from mathematical analysis, programming and numerical methods to fluid mechanics, heat transfer and thermodynamics. He has supervised several M.S. and Ph.D. theses as well as Honors and Senior Design projects. He serves as the advisor for the Central Florida Professional and Student Chapters of the Society of Hispanic Professional Engineers (SHPE). As a researcher, Dr. Divo is actively involved in bioengineering research including cardiovascular hemodynamics, lung dynamics, biomechanics, muscle and tissue mechanics, radiotherapy, and others. His fundamental research concentrates on numerical modeling techniques such as the Meshless Method and the Boundary Element Method with applications to bioengineering, fluid dynamics, heat transfer, fluid-structure interaction, inverse problems and optimization. His work has led to the publication of over 180 articles in International Journals and Conference Proceedings as well as a number of books and chapters and has attracted over $3 million in funding. He is a Fellow of the Wessex Institute of Great Britain and a Member of the Editorial Board of the Journal of Engineering Analysis. He has received numerous teaching and research awards at the College, University and State levels and was named the 2009 Central Florida Engineer of the Year as the E-week Technical Excellence Award recipient.