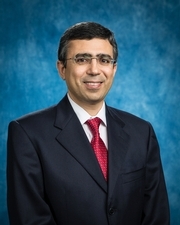 Dr. Barsoum is a full professor and program coordinator with the department of mechanical engineering at Embry-Riddle Aeronautical University in Daytona Beach, Florida. He received both his doctorate and masters in engineering structures from the University of Central Florida (UCF) in 1996 and 1993. He joined Embry-Riddle in 2005 from United Technologies-Hamilton Sunstrand.

After receiving his Ph.D., he spent more than 10 years in various industries gaining unparalleled impressive experience in a variety of tasks and multiple management structures. His professional experience includes: evaluating the effect of the Space Shuttle lift-off on structures, designing and analyzing explosive resistant structures for DoE, developing a fully parametric CAD model for GM small vehicles to be used for functional simulation, business analysis for new software product development and management, approving structural reports of engine components for the Joint Strike Fighter (JSF) Program, using acoustic emission for early detection of helicopter gearbox failure for the Navy, design and analysis of the three-story steel ground supporting structure for Orion Spacecraft assembly for the NASA-KSC.

During his service as a program coordinator, he has helped, along with his colleagues, in building the mechanical engineering department from inception, to grow the program to become the second largest program on campus, in less than 10 years.

His research experience covers a wide scope of problems from applied engineering to fundamental aspects. He received funding from serval funding agencies. His research areas include structural health monitoring, fatigue, computational methods for simulation, structural dynamics and vibration, and signal processing. His research has been published in several respected journals and professional societies conferences. In particular, his research has been instrumental in addressing several real life problems.

ME 495A Computer Aided Engineering using Pro/E and Pro/MECH

ME 399 Special Topic in Mechanical Engineering

ME 599 Special Topic in CAE

Taught more than 25 short courses on Modeling and Simulation using the Finite Element Analysis and Pro/MECHANICA (Structure, Thermal and Motion) for design validation and optimization to practicing engineers, analysts and designers through out North America.