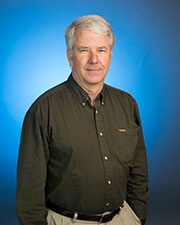 Awards and Experience:Ted Thompson was born in Columbus OH, raised in Memphis Tn. He graduated from Christian Brothers High School and the United States Air Force Academy. Following commissioning as a 2nd Lieutenant in the United States Air Force, he graduated from Undergraduate Pilot Training and was selected to fly the McDonnell Douglas F-4 Phantom in Japan and Korea. He transitioned to the Northrup F-5E Tiger as an adversary tactics instructor pilot, known as the “Aggressors”. Following that assignment, he transitioned to the F-15 Eagle, where he spent the majority of his Air Force flying career with flying assignments as an instructor, combat, and operational test and evaluation pilot. Interspaced with F-15 assignments in VA, FL, and Saudi Arabia, he was the MiG-21 chief instructor pilot in the Air Force’s 4477th Test and Evaluation Squadron, known as the “Red Eagles”. He also served as an advanced technology programs staff officer, leading requirements definition for what is now the F-35 Joint Strike Fighter. He commanded a test and evaluation squadron, responsible for testing all combat aircraft weapons systems and combat support programs such as mission support software systems. Ted served two deployed combat tours, flying air sovereignty missions over Iraq and overseeing all air combat operations in Iraq and Afghanistan as deputy director of the Coalition Air Operations Center. He served as a chief of safety at the squadron, wing, and numbered air force level and as the vice wing commander of the 366th Fighter Wing, the Gunfighters. Ted led safety investigations as investigation officer and board president for 4 major Air Force aircraft accident investigations.

Following his Air Force career, Ted began as an adjunct faculty member for Embry-Riddle Aeronautical University at the Tucson campus. Work as a contract F-15 flight simulator instructor took him to the United Kingdom where he continued as adjunct faculty for ERAU. Ted moved to Mountain Home ID and was selected as the Director of Academics for the Mountain Home campus.

Interests: When not teaching, studying, or flying, Ted enjoys outdoor recreation and photography.