See posted schedule outside of my office for current office hours. 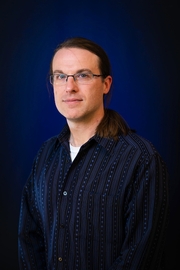 As an Americanist, my research investigates the confluence of three historical forces in American history that have perpetually shaped the nature and composition of the republic’s military: presidents, staffs, and their policies; war or even the threat of potential conflict; and the omnipresent influence of the American south.

My current project, Born out of the Necessity of War: Presidential Leadership, Southern Resistance, and the Cold War Racial Integration of the American Armed Forces, 1946-1969 (University Press of Kansas, 2022), examines the intersection of these forces as it applies to the racial desegregation of the American military during the volatile years of the Cold War.  As opposed to past studies that largely discuss the situation from the viewpoint of the trials and tribulations of African American military personnel or those within the burgeoning Civil Rights Movement who were desperate to use the armed forces as a social and political laboratory, I examine the topic from that of the perspective of the necessity of waging the Cold War, how that motivated, in part, American presidents to act, and how southerners fearful of the military becoming a trojan horse for racial and societal reform within their own region and its racial zeitgeist grabbed onto the strings of various Cold War conspiratorial beliefs to knit together a challenge against the reform effort.

Prior to this I published with Dr Matthew Stith (University of Texas at Tyler), Beyond the Quagmire: New Interpretations of the Vietnam War (2019).  An edited volume, Beyond the Quagmire offers new interpretations of various subjects involving the American War in Vietnam and includes, but is not limited to, discussions over race, the environment, the War on Poverty, memory, geography, politics, gender, and the role of women in the war.  Within this study, I penned a chapter on the often-criticized Project 100,000, a Lyndon Johnson War on Society era program originally designed to aid the American poor through Cold War military service.  And in 2016, I produced The Routledge Handbook of the History of Race and the American Military (2016; paperback 2018), which is comprised of twenty articles exploring various aspects of race and the American military.  In that collection, I authored a chapter on Harry S. Truman and Executive Order 9981, which began the racial transformation of the American military during the early throes of the Cold War.

I am currently working on four different projects.  The first is an edited volume over the relationship and influence of the American south on the American military throughout the history of the United States.  The second is a work exploring the trials and tribulations of African American armored personnel fighting in the European Theater of World War II.  The third is a monograph over the self-professed exceptional militaristic nature of the American south and its citizenry. Lastly, I am working on a book that interprets the role and influence Theodore Roosevelt, from his time as a Rough Rider to his presidency, had on African American soldiers he served with during the Spanish-American War, and those he later commanded as Commander-in-chief.

On several occasions, I have presented my research at the Society for Military History’s annual meeting.  Additionally, I have authored over a dozen book reviews for H-War (H-Net), The Journal of Military History, and The Strategy Bridge.  And lastly, I am a former West Point Seminar Fellow, whose research has been generously supported by grants from Embry-Riddle, and the Lyndon B. Johnson and Harry S. Truman presidential libraries.

US History (I and II)

World Civilizations (I and II)

Born out of the Necessity of War: The Cold War Racial Integration of the American Armed Forces, 1940-1969  (Under Contract, Kansas 2023)

Editor with Matthew M. Stith, Beyond the Quagmire: New Interpretations of the Vietnam Conflict, Denton: University of North Texas Press, 2019

Editor, The Routledge Handbook of the History of Race in the American Military, New York: Routledge Press, 2016 (Paperback, 2018)

Over a dozen reviews published in:  The Journal of Military History, H-Net, The Strategy Bridge, Arkansas Historical Quarterly, and Pacific Northwest Quarterly

Defense and Dixie: The South and the American Armed Forces (Working title). This is an edited volume on the influence of the American south on the armed forces throughout American history. I plan to write the introduction and provide a chapter on General Edwin Walker and the Cold War racial integration of Ole Miss. At this point, I am gathering a stable of ten to twelve historians to pen chapters for the work.

The Martial South: A Treatise on Southern Manhood, Regional Identity, and the United States Armed Forces(Working title). I am beginning research on this topic which largely homes in on the ideological underpinnings of the south’s brazen belief in its military prowess.  The south’s chutzpah about its military excellence has origins with the creation of the region, but also in the unapologetic teachings of the Lost Cause school, which cleared the white south of any wrongdoing, among other things, for losing the Civil War.  The importance of the military to the south goes without question.  It has had the most military bases in its region since WWII.    Since the end of that same war, it has dominated control over the Senate Armed Service Committee. It often sends many, if not the most citizens to serve in the military.   As a result, the south has influenced in various ways the American Armed Forces for the past 70 years.

The Rough Rider, the Smoked Yankees, and American Empire: Theodore Roosevelt and Black Soldiers at the beginning of the American Century (Book-Length Manuscript in Preparation). I am beginning research on this subject, which examines the role that Theodore Roosevelt, before and after becoming president, had with America’s African American military personnel and how that shaped their service during the early twentieth century, which was a time of great imperial expansion for the United States.

[Online] Roundtable with select authors of Beyond the Quagmire, “1970-71: Nixon, Discord, and the US Withdrawal from Vietnam”, Vietnam Center & Sam Johnson Vietnam Archive, Texas Tech University, 2021

[Chair] “The Citizen-Soldier”, The Society for Military History Annual Meeting, 2019

“War as a driving force of History. 19th and 20th Centuries.”  The 14th Conference of the Spanish Association of Contemporary History, Alicante, Spain, 2018

“The Tragedy of the Triumvirate: Project 100,000 ”, “Waging Peace” Conference, Dale Center for the Study of War and Society, The University of Southern Mississippi, 2016

“‘It is without question our shining opportunity’: The Perplexing Perception of Project 100,000”, The Society for Military History Annual Meeting, 2015

“Presidential Prerogative: A Comparison of Lincoln and Truman’s Civil Rights Reforms in the Military”, The Society for Military History Annual Meeting, 2013

“Getting in the Way of the Action: Kennedy, the Cold War, and Civil Rights Reform in the Military”, The Society for Military History Annual Meeting, 2011

“Through the Specter of Communism: Truman, Southern Segregationists, and the Integration of the Armed Forces”, Session: Segregation and Integration in the American Military,

“On the Prowl: The Black Panthers of the 761st and their Crusade in Europe”, Faculty Research Presentation, Embry-Riddle Aeronautical University, Prescott, AZ, 2014. Available online at https://www.youtube.com/watch?v=MP0RFgwv3mY

The University Press of Kansas

The University of North Texas Press

The University of Massachusetts Press

The Society for Military History

Embry-Riddle Aeronautical University, College of Security and Intelligence, Researcher of the Year, 2015-16