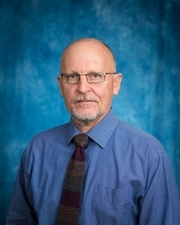 Honors Seminars I and II (2003-19). The interdisciplinary courses have involved material from a range of disciplines: literature, philosophy, history, history of science, art. Some examples of topics include "The Silk Road," "Human Migration," "South Asia: Promise and Perils," "Ironies of Control," "Colonialism and Globalization," "Chaos and Design."

----examples from among 28 academic articles:

"Tuning In (or Out) the BIG Voice of Arundhati Roy Following The God of Small Things." Journal of Commonwealth and Postcolonial Studies 12.1 (2005): 86-95.

"Foreword" to The Indian Novel in English: Its Birth and Development, by Subhendu Kumar Mund (New Delhi: Parachi Prakashan, 1997).

----other publications include reviews, short fiction, travel essay, and poetry.


Director of the Honors Program, 2003-present. For information on Honors at ERAU, see https://ernie.erau.edu/Departments/honors-program-daytona/Pages/Default.aspx
This website uses cookies and similar tools and technologies to understand visitors’ experiences. By continuing to use this website, you consent to Embry-Riddle Aeronautical University’s use of cookies and similar technologies, in accordance with the Embry-Riddle Privacy Statement.