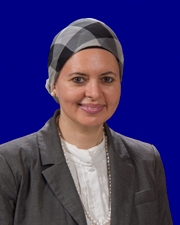 Dr. Ellithy is a registered Professional Engineer in the state of Washington, as well as a member of the following organizations: the American Society of Civil Engineers (ASCE), the American Society for Testing and Materials (ASTM), Engineers Without Borders (EWB), the International Society for Soil Mechanics and Geotechnical Engineering (ISSMGE) and the United States Society on Dams (USSD). In 2013, she was recognized as Engineer of the Year by the U.S. Army Corps of Engineers Seattle district. She was also named a Technology All-Star by Career Communications Group's Women of Color magazine in 2016.