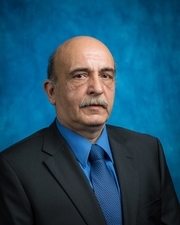 Professor Ekaterinaris has worked at NASA-Ames Research Center, Moffett Field CA — through the Navy/NASA joint Institute of Aeronautics — since 1987, and at the same time was faculty at the Naval Postgraduate School at Monterey.

He spent more than a year (1995-1997) at RISOE, Denmark's national laboratory (wind energy department), and then worked at Nielsen Engineering and Research (1997-2000). He returned to Greece, and he became professor at the school of Mechanical and Aerospace Engineering of the University of Patras.