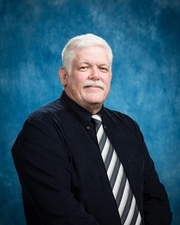 Selling Aviation One CFI At A Time, Mar-Apr 2014

Making Sure Your Students Don’t Get Lost, Jan-Feb 2014

It May Be Aviation’s Best of Times, Summer 2013

It’s the Journey, Not the Destination, Spring 2013

The Business of Flight Instructing, September 2011

The Eagles Report: Racing history and the wind, Jul 2011

The Eagles Report: CFIs: The Canary in the Aviation Mine, Jun 2011

The Eagles Report: Perspectives from History and the Future, May 2011

The Eagles Report: ERAU teams work to include GA in NextGen, Apr 2011

Night fright: why we must work to end runway incursions, July 2006

published in The Journal of Aviation/Aerospace Education & Research, Fall 2012

The importance and development of self-confidence: teaching your students they can do it

Joe Clark, a native of Tampa, Florida, is a former Naval Aviator with 9,000 total flight hours including 500 in the A-7E Corsair II and 750 in the A-4 Skyhawk. During his naval service, he also logged 88 carrier landings. He graduated from the University of Florida in 1977, worked for a year as a journalist, and then started flying professionally a year later. Clark logged 3,000 hours as a flight instructor and Part 135 charter pilot before enlisting in the Navy in June 1981. In October, he earned his commission as an ensign. After earning his wings at Naval Air Station Meridian, MS in March of 1983, his first assignment took him to Fleet Composite Squadron TEN in Guantanamo Bay, Cuba where he flew the A-4 Skyhawk. Upon completion of that tour, he began A-7E transition training at NAS Cecil, FL. After transition training, he joined a west coast Corsair II squadron based at NAS Lemoore, California. After leaving military service in 1990, he joined Embry-Riddle Aeronautical University as a flight instructor. In 1998, he became Assistant Professor of Aeronautical Science at Embry-Riddle. He and his wife, Ardis, currently live in St. Augustine, Florida.
This website uses cookies and similar tools and technologies to understand visitors’ experiences. By continuing to use this website, you consent to Embry-Riddle Aeronautical University’s use of cookies and similar technologies, in accordance with the Embry-Riddle Privacy Statement.