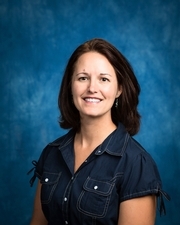 Professor Lisa Kathleen Davids received her Bachelor of Science and Master of Science in Mechanical Engineering from Florida State University in 1998.  She accepted a position as project engineer with Westinghouse in upstate New York, working as the lead manufacturing engineer for the steam generator of the nuclear power plant for the new class of aircraft carriers.  After beginning a family, she chose to return to Florida and accepted an adjunct position with ERAU in the fall of 2000 and is now a Professor.  During her time at ERAU, Lisa has taught Fluid Mechanics, Dynamics, Aerodynamics, Experimental Aerodynamics, Graphical Communications and Introduction to Engineering.  She is an active member of the American Society of Engineering Education, attending and presenting pedagogical and female student retention related papers at the national and global ASEE conferences.  Lisa served as one of the two founding faculty advisors for the ERAU All Women’s Baja SAE Team from 2005 until 2014, and is currently c-advising the team once again.  She was also the faculty advisor for the Society of Women Engineers from 2003-2014.

As course monitor for Introduction to Engineering, Lisa spearheaded the creation of the currently used textbook for the course.  Working with several engineering faculty, she coordinated the co-authors, authored several of the chapters herself and served as the chief editor of the textbook.  The textbook is updated every summer to keep the course current.  To continually improve the experience of the students in her courses, Lisa also engages in applied pedagogical research, implementing new techniques in the classroom. Topics of interest include the use of team-based oral examinations to serve as a more accurate assessment of a student’s knowledge, self-assessment, inquiry-based learning and project-based learning.  Lisa served as a co-PI on an NSF grant (with Dr. James Pembridge as PI) investigating an innovative peer review system and its effect on diffusion of best practices.

Lisa has demonstrated a history of outstanding teaching, having been awarded the Engineering Faculty Member of the Year Award (awarded by the graduating class) four times, the Engineering Professor of the Year Award from Pi Kappa Alpha Fraternity and the Freshman Engineering Faculty Member of the Year Award.  She has been nominated three times for the University’s Outstanding Teaching Awards, receiving 2nd place twice and finally receiving the award in 2012.  With her involvement in promoting and supporting female students in engineering, Lisa has also been awarded the Women’s Vision Award three times.  In addition to her dedication to teaching, Lisa also serves her community as Vice President for the Mid-Coast Chapter of the Coastal Conservation Association of Florida.