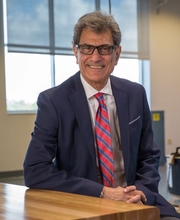 Maj Mirmirani first came to the United States in 1969 after graduating from Tehran Polytechnic University (now known as Amir Kabir University) with a B.S. degree in mechanical engineering. Mirmirani continued his studies at the University of California, Berkeley, where he obtained a doctorate in Mechanical Engineering in 1977.

Thereafter, he and his family returned to Iran until 1980. From 1977 to 1980, he was a Senior Analyst at the Industrial Management Institute of the Economic and Industrial Development Organization in Iran and an Adjunct Professor in Systems Engineering at the National University of Iran.

In 1980, Mirmirani and his family left Iran and spent a year in the United Kingdom where he worked at the Department of Electrical Engineering at the Imperial College of Science and Technology in London as an Academic Visitor.

Upon returning to the United States, Mirmirani joined the Department of Mechanical Engineering at California State University Los Angeles (CSULA) where he served as a Professor from 1981- 2007 and as Department Chair from 1992 to 1996 and from 2002 to 2007.

During his tenure at CSULA, he led many major research projects - interdisciplinary in nature - funded by NASA, the Air Force Office of Scientific Research, NSF, and industry exceeding $12M. Most notable among these research projects was the modeling and control of airbreathing hypersonic flight vehicles, design and development of a high endurance hydrogen fuel cell – powered UAV, design and fabrication of a precision segmented reflector testbed, three NASA STTR awards, and the establishment of the Multidisciplinary Flight Dynamics and Control Laboratory (MFDCLab) which he directed until October 2007.

Mirmirani is the recipient of the CSULA 2002-2003 University Outstanding Professor Award, and the CSULA University 1996 Meritorious and Professional Promise Award. In 2007, Mirmirani joined Embry-Riddle Aeronautical University as the Dean of the College of Engineering.