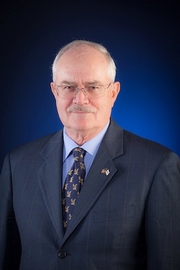 The Pakistan People's Party: The First Years (Accepted for publication by the Oxford University Press, Karachi, May 1998)."The Scavengers of Lahore: Self-Sufficiency and Recycling," World Bank Paper (forthcoming).

1. Gazetteer of Pakistan. Contract in place with Oxford University Press, Karachi, to produce a 14 to 16 volume gazetteer of Pakistan. The project will include contributions by working scholars on Pakistan, as well as major writing and editing work by me. The model is the Imperial Gazetteer of India series, last published by Oxford in 1907. As the largest composite work so far done on Pakistan, this will be a historic contribution to South Asia studies. Although much more is needed, some financial support is being made available by the South Asia Center, University of Chicago.

3. 'The 'Sunni Revolution' and Politics in Pakistan: The Rise of the Deobandi Ulama,' in ed., Richard Bonney, Conference Proceedings, US-Pakistan Relations: Thwarting Global Terrorism (University of Leicester Academic Papers, 2004). Paper presented at Georgetown University, Washington, D.C., October 2003. Conference was jointly organized by the Institute for the Study of Indo-Pakistan Relation at the University of Leicester and the Asian Studies Program at the School of Foreign Service, Georgetown University. This paper was provided to the United States Government, the Department of State, the Privy Council, Office of the Prime Minister in Canada. It was read with great interest in both governments. The reviewer at the State responded that every outgoing Foreign Service Officer to Pakistan should read this paper.

7. 'The Ghazi-Barotha Hydropower Project in Pakistan: Resettlement and Land Acquisition,' 2005, internal paper commissioned by the World Bank in 2004; currently under review at the Bank for permission to publish externally.

8. 'Al-Qa'ida and the Globalization of the Indus Frontier: Religion, Sanctuary and Asymmetrical Warfare in the Pakistan-Afghanistan Borderland,' Paper presented at the Western Conference of the Association of Asian Studies, Arizona State University, October 10, 2003. Paper selected for a graduate course in religion at Arizona State University.

(Not noted are numerous unpublished works, including nine book-length studies prepared under contract. These include major military-political and socio-economic studies of Afghanistan and Pakistan, including databases and handbooks, and studies of Islam and Politics in Pakistan, various studies of insurgency and international terrorism.)