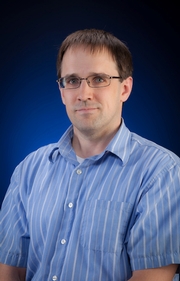 Quentin G Bailey is generally interested in tests of our best current fundamental theory of gravity, the general theory of relativity, and tests of classical Maxwell electrodynamics. So far, I have been studying the theoretical and experimental aspects of testing Lorentz symmetry, the spacetime symmetry of Special Relativity. The motivation for this work is twofold. First, Lorentz symmetry is a cornerstone of modern physics. As such, it should be an experimental precedent to test this principle in as many ways as possible. Second, recent work on fundamental theories of physics, that attempt to unify the Standard Model of particle physics and General Relativity, has pointed to the possibility of deviations from perfect Lorentz symmetry. In the ongoing search for new physics, high-precision, typically low-energy tests of Lorentz symmetry offer a promising alternative to conventional high-energy accelerator experiments.

"Quantum Tests of the Einstein Equivalence Principle with the STE-QUEST Space Mission", accepted for publication in Advances in Space Research, 2014

"Local Lorentz-Symmetry Breaking and Gravity", presented at the Sixth Meeting on CPT and Lorentz Symmetry, June 2013

"Constraints on violations of Lorentz Symmetry from Gravity Probe B", (with J. Overduin and R. Everett), presented at the Sixth Meeting on CPT and Lorentz Symmetry, June 2013,

"New tests of General Relativity, in Matters of Gravity", The Newsletter of the Topical Group on Gravitation of the American Physical Society, Volume 36, Fall 2010

May 2010 and May 2009: Service Excellence Award Nomination, Embry-Riddle Aeronautical University