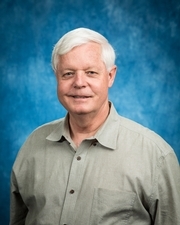 Robert C. Owen is a Professor in the Department of Aeronautical Science at Embry-Riddle Aeronautical University, Daytona Beach Campus.  In this position, he teaches courses in manned and unmanned aviation operations, law, and history and conducts research in national defense policy issues.  Professor Owen joined the Embry-Riddle Faculty in 2002, following a 28-year career with the United States Air Force. His military career included a mix of operational, staff, and advanced education assignments. He is both an Air Force Command Pilot and a Commercial Pilot with Instrument and Multi-Engine ratings.  He flew over 3400 hours in the Air Force and over 1200 hours in various civilian aircraft.  Professor Owen also served on the HQ Air Force Staff and the HQ Staff of the Air Mobility Command.  His academic assignments included tours as an Assistant Professor of History at the U.S. Air Force Academy and as Dean of the USAF’s School of Advanced Airpower Studies, the Service’s graduate school for strategic planners.  His publications include the Chronology volume of the Gulf War Air Power Survey (1995), Deliberate Force: A Case Study in Effective Air Campaigning (2000), and Air Mobility: A Brief History of the American Experience (2013). In addition to his academic responsibilities Dr. Owen has worked as an on-air military and national security commentator for WESH-TV, the NBC affiliate in Orlando, Florida, and as a senior analyst with the Teledyne-Brown and RAND Corporations.

Air Mobility: A Brief History of the American Experience (U. of Nebraska, 2013)

+ Numerous articles and papers, mainly in the realm of defense studies and military history