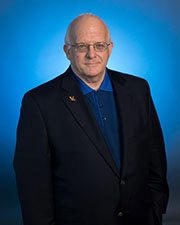 Dr. Sam J. Holley is a senior consultant to industry and organizations, specializing in human performance, organizational assessments, and psychological services. Among his clients are the United Nations and aerospace and aircraft manufacturing companies. He is a Professor at Embry-Riddle Aeronautical University in the College of Aeronautics, and has served as Director of Academics and as an elected member of the Faculty Senate. With ERAU, Dr. Holley specializes in human factors performance and engineering, aviation and aerospace operations, and research methodologies. He maintains active membership in the American Psychological Association, the International Society for Neuroregulation and Research, the American Society of Clinical Hypnosis, the Human Factors and Ergonomics Society, and the Aerospace Medical Association.

Dr. Holley is a licensed psychologist, and a Diplomat of the American Board of Forensic Medicine, with research interests including neuronal regulation, clinical hypnosis, memory, and cognitive processing overload. He has taught courses in psychology, aeronautical science, ethics, human resources, management, human factors, and similar disciplines at graduate and undergraduate levels in 14 colleges and universities. Dr. Holley served as a senior officer in the U.S. Army and as Chief of the Special Actions Branch at the Pentagon. He has been an executive with several Federal departments (including transportation, labor, defense, and others), and served several years as Assistant Director of the White House Situation Room in Washington, D.C. As an executive with Union Pacific Railroad, he developed an international crisis response and post-trauma program that became the model for law enforcement, corporations, and governments in several countries. Dr. Holley has over 16,000 hours flying helicopters and multi-engine airplanes (holding instrument instructor certifications for both). He is FAR Part 135 certified and has been Chief Pilot (and Chief Flight Instructor) for several companies flying aeromedical, corporate, and commercial operations. He also has performed as Director of Flight Operations, including various airport management responsibilities.

Dr. Holley has been a featured on-air commentator for radio and television, including productions on CNN. He has served on the Board of Directors for the Roundtable of Corporations, United Health, Short Line Railroad Association, and other organizations. His publications include procedures for aerodynamics, cognitive loading, drug testing, threat of violence issues, human factors in accident causation, critical incident protocols, operator fatigue, performance engineering, crisis management, and human development. Dr. Holley is active in research with an interdisciplinary team of the University of Nebraska Medical Center, and with the neuromodulation research group of Madonna Rehabilitation Hospital. He continues a long-standing involvement with several Native American tribes as a behavioral health care advisor.

Dr. Holley is married to Dr. Lyn Meridew Holley, an international consultant with the United Nations, and, a Professor of Gerontology with the University of Nebraska at Omaha. They have one son.

Dr. Holley was awarded Researcher of the Year (2017) for the College of Aeronautics, Embry-Riddle Aeronautical University Worldwide.