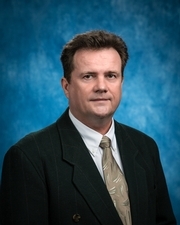 Professor Snorri Gudmundsson joined ERAU directly from industry, having worked for Cirrus Aircraft for 15 years in various roles as a flight test engineer, structural engineer, and the chief aerodynamicist. At Cirrus he worked on several aircraft that are well known to pilots. For instance, he did substantial design and analysis work on both the SR20 and SR22 single engine high performance general aviation aircraft. Both are famous for being the first general aviation aircraft certified with an airframe parachute as standard equipment; a parachute capable of lowering the entire airplane to the ground in case of an emergency. He was also the chief aerodynamicist on Cirrus’ latest design, the SF50 Vision, a single engine business jet. As such, he helped bring these aircraft to the marketplace through certification effort. While at Cirrus, professor Gudmundsson had two FAA DER appointments, as a Flight Analyst and in Structures. At ERAU he teaches Preliminary Aircraft Design in the Aerospace Engineering Department. He says: “My experience at Cirrus was as enlightening as it was broad, and I’m excited to be able to bring some of that to the classroom.” Professor Gudmundsson graduated from ERAU with B.Sc. in 1991 and with M.Sc. in 1993, both degrees in Aerospace Engineering. He graduated from ERAU with Ph.D in Mechanical Engineering in 2016. His dissertation is titled: "A Biomimetic, Energy-Harvesting, Obstacle-Avoiding, Path-Planning Algorithm for UAVs."