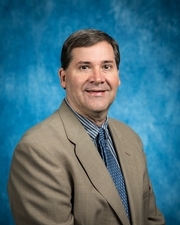 Stephen Craft was born and raised in Covington, Virginia. During high school, he became interested in photography, and worked for three years as a photographer for the school yearbook and as a stringer for a local newspaper. After graduation, he worked for over a year with the Covington Pioneer as a photographer and darkroom technician. From 1985-86, he took a year out of college to do an internship in Taiwan where he taught English and worked with an orphanage called the "The Home of God's Love."  Dr. Craft's experience abroad increased his interest in history especially U.S. Foreign Policy and U.S. relations with Asia. From 1987-1990, he attended Ohio University where he pursued an M.A. in History, with a focus on East Asian History and U.S. History. On the side, he worked for three years with Good Works, Inc., a homeless shelter. In 1990, he began pursuing a Ph.D. in History at the University of Illinois at Urbana-Champaign where he focused on International History (European & US diplomatic history). From 1993-1998, Dr. Craft lived in Taiwan where he did dissertation research, and taught history and political science as well as English part-time at Tunghai University. In 1997, upon completion of the Ph.D., he taught for a year at Wen-Tsao University in Kaohsiung, Taiwan. In 1998-99, Dr. Craft taught East Asian history at Valparaiso University in northwest Indiana before coming to ERAU in January 2000.
This website uses cookies and similar tools and technologies to understand visitors’ experiences. By continuing to use this website, you consent to Embry-Riddle Aeronautical University’s use of cookies and similar technologies, in accordance with the Embry-Riddle Privacy Statement.