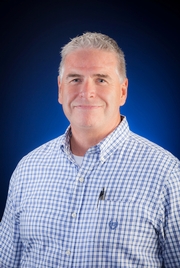 Professor Hooper is retired from the FBI where he served for 30 years.  His FBI career included Acting Special Agent in Charge of the FBI Phoenix Field Office; Assistant Special Agent in Charge of the National Security Branch of the FBI Phoenix Field Office where he led operations for Counterintelligence, Intelligence, Counterterrorism, and Critical Incident Response Programs. He was Chief of the Threat Monitoring Unit in the FBI’s Counterterrorism Division and led a Russian Organized Crime Task Force in Budapest, Hungary. As an investigator, Professor Hooper conducted Criminal and Counterintelligence investigations into Russian Organized Crime, Soviet GRU, Espionage Operations during the Cold War and investigated Violent Crimes in the Baltimore/Washington, DC area

Professor Hooper is a native of Malden, MA. He received a Bachelor’s Degree in Criminal Justice from St. Anselm College, Manchester, NH and a Master’s Degree in Criminal Justice/Homeland Security from St. Joseph’s University, Philadelphia, PA. He also attended the George C. Marshal School for European Security Studies in Garmisch, Germany and The Kellogg School of Business at Northwestern University. He is a member of the Association of Former Intelligence Officers, The Marine Corps/Law Enforcement Foundation, The Espionage Research Institute International and ASIS.