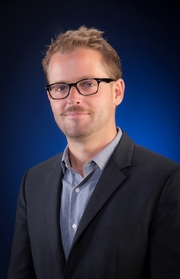 Thomas C. Field Jr. (PhD, London School of Economics) is author of From Development to Dictatorship: Bolivia and the Alliance for Progress in the Kennedy Era (Cornell University Press, 2014), which received the Thomas McGann Award from the Rocky Mountain Council for Latin American Studies and was named a Choice "Outstanding Academic Title" by the American Library Association.  Field is also the recipient of the Stuart L. Bernath Scholarly Article Prize and the Betty M. Unterberger Dissertation Prize, both from the Society for Historians of American Foreign Relations.  He is currently writing a book on the 1967 death of Ernesto "Che" Guevara and its impact in Bolivia, Latin America, and the wider Third World.

"Alliance for Progress," in Encyclopedia of Diplomacy, edited by Gordon Martel (Wiley Blackwell, 2018)

“Rostow, Walt Whitman.”  In America in the World, 1776 to the Present: A Supplement to the Dictionary of American History, edited by Edward J. Blum (Farmington Hills, MI: Charles Scribner’s Sons, 2016).

"Ideology as Strategy: Military-led Modernization and the Origins of the Alliance for Progress in Bolivia," Diplomatic History 36:1 (January 2012).

Pan-American Institute of Geography and History