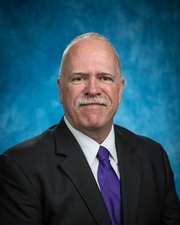 Dr. Wilson joined Embry-Riddle in 2000, following a stint at the University of Memphis. He received his degrees from MIT in Electrical Engineering and Computer Science, where his research focused on modeling the hydrodynamics and signal processing of the mammalian auditory system. At ERAU, his research has concerned the technologies and legalities of Unmanned Aircraft Systems. He, colleagues, and students have conducted a number of surveys of unmanned aircraft technologies in collaboration with researchers at the FAA’s William J. Hughes Technical Center in Atlantic City, New Jersey. Those surveys have led to a number of regulatory gap analyses that identify likely regulatory issues raised by the introduction of unmanned aircraft into the National Airspace System. More recently he has worked with colleagues from the Engineering Fundamentals department on issues regarding adoption of evidence-based instructional practices in engineering education.