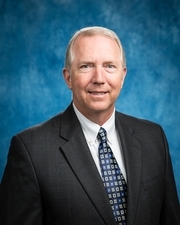 From 1990 to 1993 served as a line Flight Engineer on a B-727 and was selected to provide operational experience to new Flight Engineers under a 'buddy' program. In 1993 trained as First Officer on the B-727 and flew in the United States, Central and South America. In 1994 trained as a F-100 First Officer and flew domestic operations out of Nashville. In 1996 returned to flying B-727 First Officer International. In 1997 returned to flying F-100 domestic operation including Mexico and Canada until loss of medical certificate for otherwise minor health problem.