Varies according to semester. Email me any time: detor6ee@erau.edu 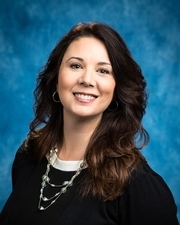 Joanne L. DeTore, Ph.D. is a tenured Associate Professor of Humanities & Communication at the Daytona Campus and the former University Director of Diversity Initiatives working for President John Johnson from 2007-2010, overseeing diversity initiatives on all three campuses.  She has been with the University since 2002 and is a nationally-recognized and award-winning  diversity program creator who has brought in over $670,000 in grant funding as a PI or Co-PI during her tenure.  The Office of Diversity and the College of Engineering were awarded the ABET President's Award for Diversity in 2008, for the outstanding programs for women and minority students in engineering.

Prior to ERAU, Dr. DeTore was a full professor and department chair at Eastern Florida State College with a faculty of 30 full-time faculty members and two dozen adjuncts where she created a journalism program and co-wrote their diversity white paper with the VP of HR titled, The Diversity Mirror, which was adopted by their Board of Trustees and has been cited and used by many community colleges around the country as a standard of excellence.

In addition to her teaching and administrative career, Dr. DeTore was a Director of Public Relations and Fundraising for a non-profit agency in NY and an account executive for a tech PR firm in Rhode Island.  She holds a Ph.D. from Southern Illinois University in Carbondale (1998) where she was a Fellow, an M.A. from the College of Saint Rose in Albany, NY (1990) and a B.S. from Syracuse University (1987), where she was the recipient of a prestigious Gannett Journalism Scholarship and was a protegee of PR Hall of Fame Inductee, Prof. Raymond Simon, a founder of PR education in America.

Dr. DeTore is a published poet, essayist, and scholar. Her work has been published in a variety of journals including Reed Magazine, Voices in Italian Americana; Italian Americana;, Review Americana: A Literary Journal; Apple Valley Review; Slow Trains; Journal of the Association for Research on Mothering; Art & Ciência: Revista de Arte: Cincia e Communicação; And/Or; and Florida English. She has also been published in books including Anti-Italianism: Essays on Prejudice; Fractured Feminisms: Rhetoric, Context, and Contestation; Joy, Interrupted; and Sweet Lemons: Writing with a Sicilian Accent.

She has presented over 50 papers, poetry readings, and workshops on literature, popular culture, gender, ethnic studies, public relations, and diversity.  In addition, she has appeared on national television and in documentary film.   She is a manuscript reviewer for Gender & Society and for Pearson Publishing.

Appearances in Film, Documentaries, or quoted in media:

*Public Relations, Journalism, and Diversity Training Freelance Work, ongoing from 1987 for a number of organizations.