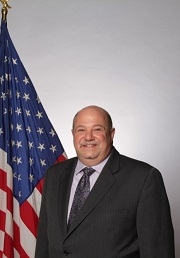 I hold a Doctoral Certificate of Advanced Graduate Studies in Business from Northcentral University, 2013, as well as my M.S. Aeronautical Science, Embry Riddle Aeronautical University, 2002 and B.S. Professional Aeronautics, Embry Riddle Aeronautical University, 2001.  I am currently the Department Head of the Systems Engineering Department at the Naval Air Warfare Center in China Lake, California.  Previously I was the Division Head of the System Safety Engineering Division at the Naval Air Warfare Center in China Lake, California. I have worked in the System Safety engineering discipline for both the Government as well as private industry. I have over forty years of system safety/ major weapon system acquisition experience working on most of the Navy’s aircraft/ conventional weapon/target system programs with specific expertise in the areas of fuzes, energetic materials and insensitive munitions. I am a Fellow of the International System Safety Society (ISSC) and a Senior Member of the American Institute of Aeronautics and Astronautics (AIAA). I have received the International System Safety Society awards as Educator of the Year in 2007, Manager of the Year in 2008 and Fellow in 2018.  I also received the Navy Meritorious Civilian Service Award in 2017 for my work supporting the Navy in Weapon Safety Engineering for the Naval Air Systems Command.  I am a Principal Member of the U.S. Navy’s Weapon System Explosives Safety Review Board (WSESRB) and an Adjunct Professor for the China Lake Worldwide Campus of Embry-Riddle Aeronautical University, instructing graduate and undergraduate aviation safety courses. I have been teaching continuously for Embry-Riddle since 2002. I enjoy golf, basketball and bowling in my spare time.  My wife and I live in the High Desert of California (near the base of the Sierra Nevada Mountains) in Ridgecrest, California. Our daughter is a Staff Sergeant in the USAF in North Carolina.