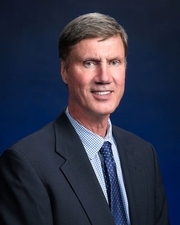 Dr. Mark Friend, CSP serves as Professor in the School of Graduate Studies in the College of Aviation at Embry-Riddle University (ERAU) in Daytona Beach, Florida where he initiated the MS in Occupational Safety Management for the Daytona Beach Campus.  He is also the former Dean of the Central Region for the Worldwide Campus and chair of the Applied Aviation Sciences Department at ERAU. Prior to joining Embry-Riddle, he was Professor of Safety and Director of the Center for Applied Technology (CAT) at East Carolina University (ECU). The role of CAT was to extend the resources of the university to the business and industrial community. During his tenure at ECU, he wrote and developed the Master of Science degree in Occupational Safety for on-campus as well as online delivery. He has also served as Chair of the Department of Occupational Safety and Health at Murray State University after holding faculty positions at West Virginia University, Fairmont State College, and Waynesburg College. He has taught as an adjunct for Tulane University and Washington & Jefferson College. His text, Fundamentals of Occupational Safety and Health, a top-selling book in the field, is in its seventh edition. He is also co-editor of Planning and Managing the Safety System with the late Ted Ferry. Friend served on the governing board of the Board of Certified Safety Professionals (BCSP) and is a professional member of the American Society of Safety Professionals (ASSP). Friend has over forty years of experience in higher education.He served on the editorial board of Occupational Hazards and has published several articles in safety and safety management. His work in grants and contracts includes funding from the National Institute for Occupational Safety and Health (NIOSH), the National Institute of Standards and Technology (NIST), the United States Coast Guard, the Federal Aviation Administration (FAA), the United States Trade and Development Agency (USTDA) through the Chinese Aviation Cooperation Program (ACP), the Akwa Ibom State of Nigeria, and numerous other public and private entities. He has been active as a consultant, speaker, expert witness, and trainer in the field of safety. He has also served as a commissioner and team leader of site visits for the Accreditation Board for Engineering and Technology (ABET) and site visitor for the Aviation Accreditation Board International (AABI).Friend organized and served as the first president of the National Occupational Safety and Health Educators Association (NOSHEA) which later became the Academics Specialty Practice of ASSP. Friend has received the PPG Safety Educator of the Year Award, the Charles V. Culbertson Outstanding Service Award, and the Academics Practice Specialty Safety Professional of the Year Award from ASSP. He has also been given The West Virginia University/National Safety Management Society Achievement Award and has been listed in Who’s Who in America, and Who’s Who in American Education. In 2009, he was appointed by Governor Charlie Crist to the Florida Workplace Taskforce.  Mark and his wife Kathy live in New Smyrna Beach.